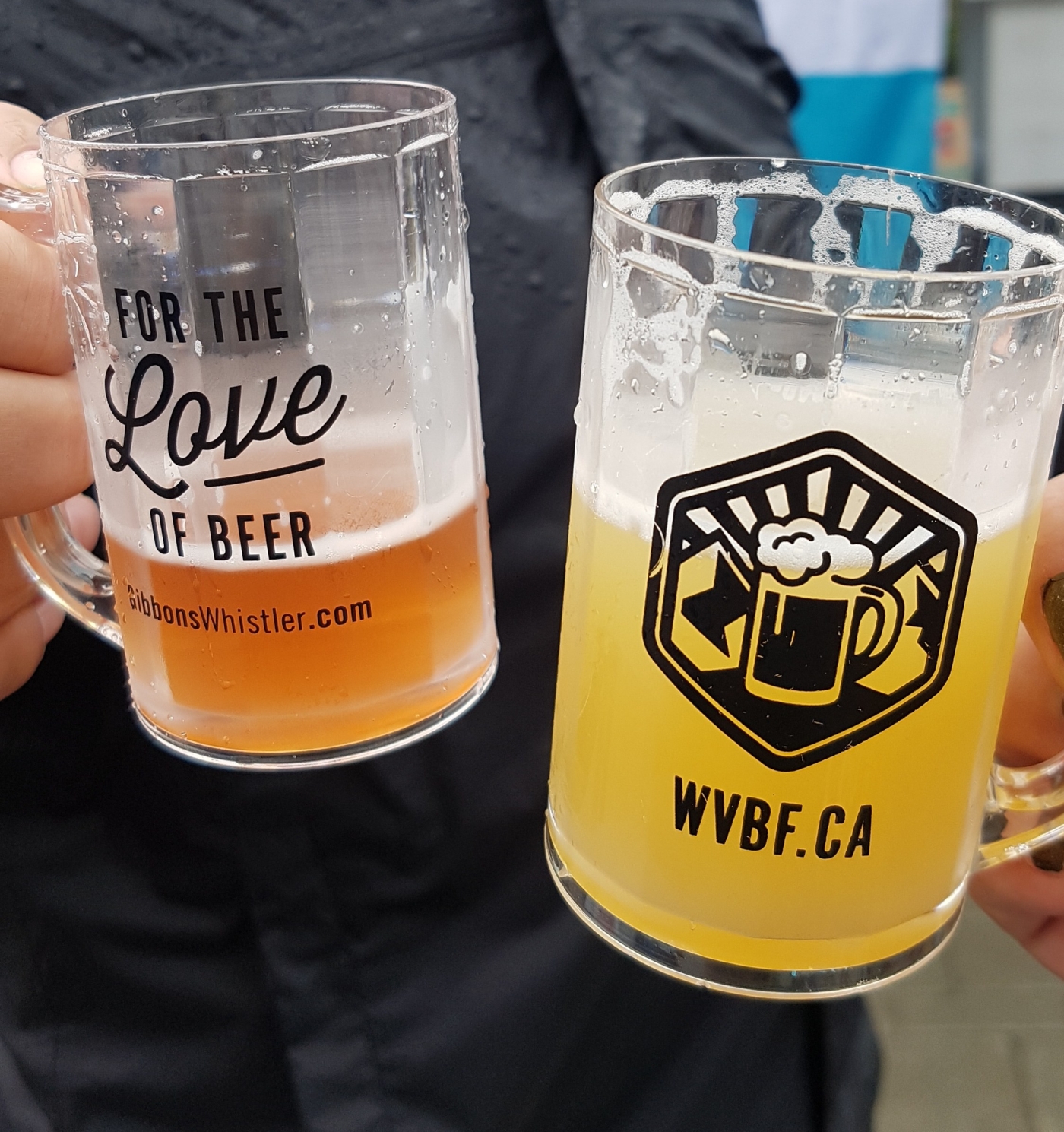 The Whistler village beer festival has come and gone, but I’m still finding myself day dreaming about all the amazing beers, food and fun everyone had. Despite the pouring rain, beer lovers from far and wide gathered to share a beer, a story and a dance. The festival took place in Whistler Village and features tons of breweries, some great food trucks and live music.

This epic event got me thinking about some of the best craft beer destinations in British Columbia as we had basically all of them in attendance at the festival. But, what comes as no shock to me, I found that Whistler and the surrounding
areas breweries brought some game and made me realize that maybe Whistler is one of the best craft beer destinations in BC. Aside from the glorious mountains, ice blue alpine lakes and vast forests, Whistler is also home to a killer nightlife scene. So I’ve put together a list of the best breweries and craft beer bars in Whistler, BC so that you too can experience the wilder, hoppier and slightly tipsier side of Whistler. 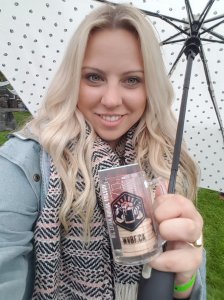 About a half an hour drive (if you drive fast), is Squamish, BC. I usually stop in on my way in or out of Whistler. Squamish is home to some rad breweries and places to eat and drink.

Backcountry is one of my favourite stops. Stop by for some backcountry cabin-esque feels. They have nailed the NEIPA style and are also making some killer sours and stouts (and lagers and westcoast ipas etc…okay they do everything well).
Grab a growler and some cans of Widowmaker IPA-one of their signature hazy’s. They also have some of the best pizza ever! The wake-n-bacon is my favourite, but they are all awesome. Go to Backcountry….seriously…DO IT 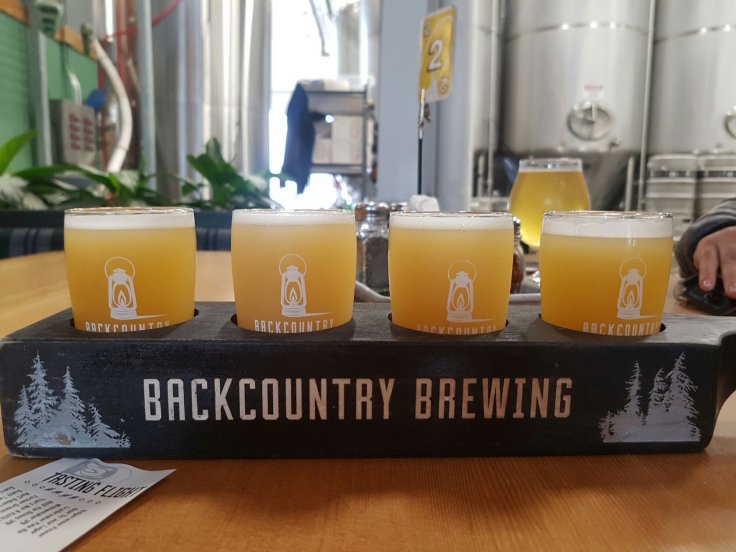 A-Frame has a more quaint brewery feel to it (compared to their big Squamish neighbours) but don’t let the size fool you. A-Frame is making some amazing beer and the atmosphere is so cozy. 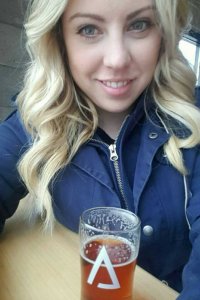 Whistler is obviously a ski and snowboard mecca. The outdoor rec opportunities here are endless from winter to summer. The nightlife is also pretty wild, from more laid back bars and breweries to clubs, Whistler has it all.

I can’t say enough good things about Coast Mountain Brewing. The atmosphere is cozy with long shared tables. Whenever I have been there, the beers are always really interesting and inventive and the staff are amazing and will help you navigate
your way through their killer beer list. Their can art is also on point so pick up some cans to bring home with you. 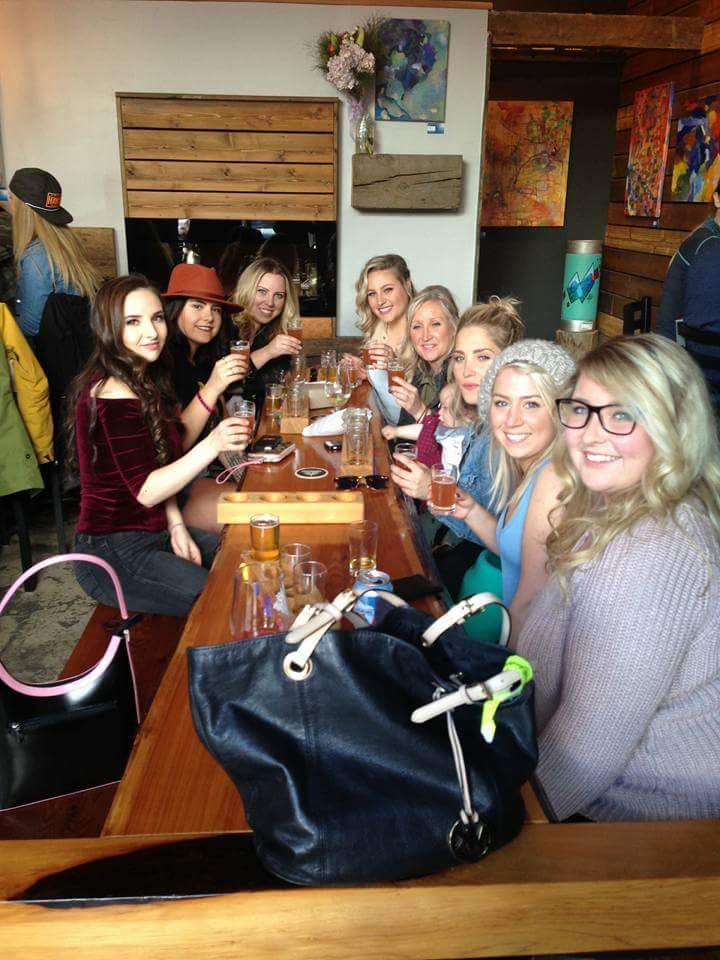 Just as the name indicates, Handlebar is a bar with handles. I’m only kinda kidding because it’s also true. Handlebar is a sick place to stop post-ski. They always have some of the best BC craft beer available, not just from Whistler,
but all over BC. Also, some great food…mmmm schnitzel.

I could litterally write for hours about all the fun spots in Whistler but, the good news is that basically all of the pubs, clubs and restaurants have craft beer on their tap list, so you’ll never be without.

Head down to beautiful Pembertom (a little past Whistler) to experience The Beer Farmers. This “grain to glass” brewery is making some great beer. I was fortunate enough to sample some at the Whistler Villiage Beer Fest. The brewery is in a refurbished farmhouse with a great backyard feel. Grab a lawn chair, a beer and your camera because this place is a beauty.

Visit my friend
www.seatoskybeerguy.com if you are looking for some more information and some better writing 😛